1. Time: from May 28, 2020 9:00 UTC to June 2, 2020 21:00 UTC.
2. The progressive prize pool starts at 20,000 euro and is supplemented by rates
tournament participants during the game. Therefore, the progressive prize pool will grow in
throughout the tournament. Tournament winners will receive interest from it.
3. The tournament is held only in the specified slots of the provider Booongo: Dragon Pearls, Sun of
Egypt, Tigers Gold, Great Panda, Moon Sisters.
4. Only real money rounds may participate in the tournament. Member Rating
calculated by adding up the points he scored for all rounds during the tournament.
5. With the exception of the spin fee, no additional tournament fee
charged.

1. Qualification.
To participate in the tournament, the player must pass the qualification: make 100
spins in the above slots with a minimum bet of 0.5 euro (or
equivalent in another currency).
A player’s win is combined with his total tournament score, which
displayed in the leaderboard.
2. Leaderboard.
A qualified player can be placed on the leaderboard. In the table
actual information on the results of participants who have collected
the most points.
Each player receives a personal tournament ID, which will be
used in the table.
Points are awarded after each round. 1 euro won (or equivalent in
other currency) is equal to 1 point. For example, if a player made a spin total of 1 euro and
won 120 euros, it will receive 120 points.
3. Payment of prizes.
After completion of the tournament and summing up the prizes, players are credited to the account
Booongo provider.
Prizes are paid automatically: a player who is on the list of winners
tournament, receives a "pop-up win window".
Prize distribution is shown in the table: 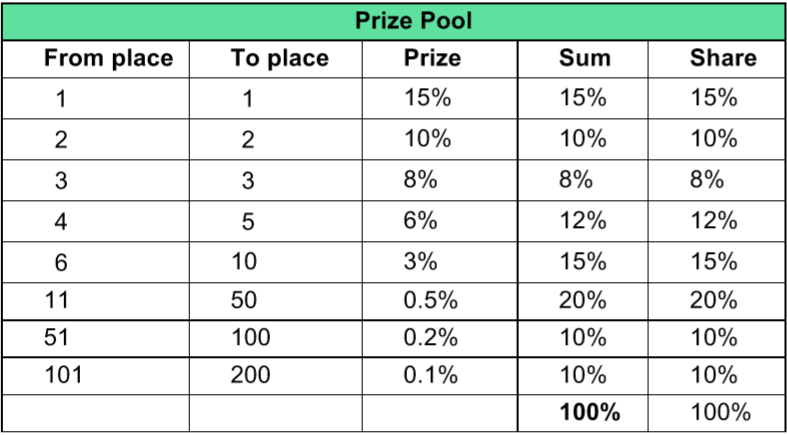 4. Additional rules.
If two or more players receive the same rating at the end of the tournament
scored points, then the advantage in the list is received by the one who scored the rating
points before another.
Tournament rules are subject to change at any time.
Failures void all payments.
Booongo Provider reserves the right to cancel the tournament indefinitely
term without any payment.

Your browser is out of date!

Download or upgrade to one of the following browsers: